On Monday the Ladybird class had their school trip meaning both the Butterfly and Ladybird Class have visited The Blue Planet Aqarium, where they learned about many different sea creatures.

Some of the facts children remembered include:

An octopus has 9 brains and 3 hearts, everytime a shark loses a tooth another one grows back, a shark's skin feels rough because it is made from dermal denticles (lots of tiny teeth), sharks do not like to eat humans because we taste like metal spoons, starfish have no brain or heart and feel no pain they are more like a plant than an animal, drivers have to wear weight belts so the don't float to the top and plastic waste hurts our sea creatures- we will be exploring how we can protect our environment in class.

This week the children have been reading the book "The Rainbow Fish". Children sequenced some pictures in the correct order and then wrote a sentence about it to retell the story. 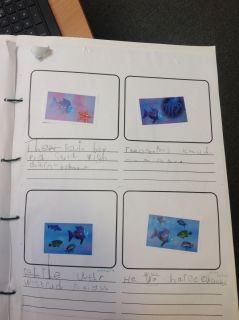 The children started to retell their day at Blue Planet Aquarium, they orally retolled the story then they sequenced pictures in order and using time conjunctions. 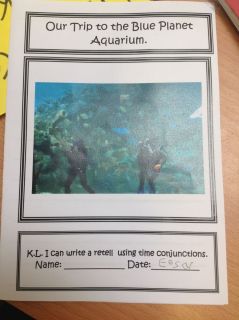 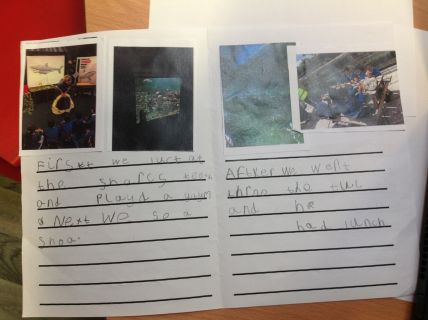 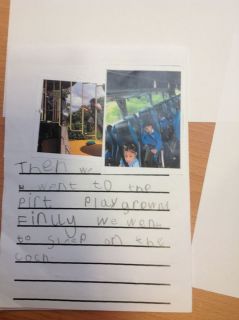 Children have been learning facts about the artist Pablo Picasso. They looked at different examples of his work first and focused on his self-portraits. Children discussed how his pictures looked like jigsaws. They then created their own by looking at themselves in the mirror. After this, they drew themselves with a pencil and then used oil pastels to colour their faces. Children then cut their two portraits up and assembled them to make two new pictures. 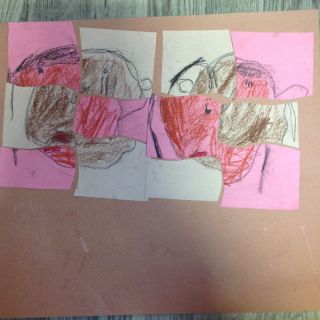 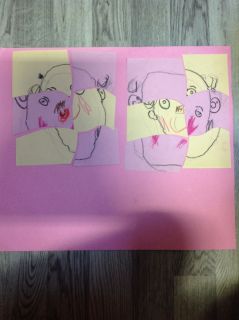